SAN FRANCISCO - About a half-hour past midnight Friday morning in Egypt, the Internet went dead.

Almost simultaneously, the handful of companies that pipe the Internet into and out of Egypt went dark as protesters were gearing up for a fresh round of demonstrations calling for the end of President Hosni Mubarak's nearly 30-year rule, experts said.

Egypt has apparently done what many technologists thought was unthinkable for any country with a major Internet economy: It unplugged itself entirely from the Internet to try and silence dissent.

Experts say it's unlikely that what's happened in Egypt could happen in the United States because the U.S. has numerous Internet providers and ways of connecting to the Internet. Coordinating a simultaneous shutdown would be a massive undertaking.

"It can't happen here," said Jim Cowie, the chief technology officer and a co-founder of Renesys, a network security firm in Manchester, New Hampshire, that studies Internet disruptions. "How many people would you have to call to shut down the U.S. Internet? Hundreds, thousands maybe? We have enough Internet here that we can have our own Internet. If you cut it off, that leads to a philosophical question: Who got cut off from the Internet, us or the rest of the world?"

In fact, there are few countries anywhere with all their central Internet connections in one place or so few places that they can be severed at the same time. But the idea of a single "kill switch" to turn the Internet on and off has seduced some American lawmakers, who have pushed for the power to shutter the Internet in a national emergency.

The Internet blackout in Egypt shows that a country with strong control over its Internet providers apparently can force all of them to pull their plugs at once, something that Cowie called "almost entirely unprecedented in Internet history."

The outage sets the stage for blowback from the international community and investors. It also sets a precedent for other countries grappling with paralyzing political protests  though censoring the Internet and tampering with traffic to quash protests is nothing new.

China has long restricted what its people can see online and received renewed scrutiny for the practice when Internet search leader Google Inc. proclaimed a year ago that it would stop censoring its search results in China.

In 2009, Iran disrupted Internet service to try to curb protests over disputed elections. And two years before that, Burma's Internet was crippled when military leaders apparently took the drastic step of physically disconnecting primary communications links in major cities, a tactic that was foiled by activists armed with cellphones and satellite links.

Computer experts say what sets Egypt's action apart is that the entire country was disconnected in an apparently co-ordinated effort, and that all manner of devices are affected, from mobile phones to laptops. It seems, though, that satellite phones would not be affected.

"Iran never took down any significant portion of their Internet connection  they knew their economy and the markets are dependent on Internet activity," Cowie said.

When countries are merely blocking certain sites  like Twitter or Facebook  where protesters are co-ordinating demonstrations, as apparently happened at first in Eqypt, protesters can use "proxy" computers to circumvent the government censors. The proxies "anonymize" traffic and bounce it to computers in other countries that send it along to the restricted sites.

But when there's no Internet at all, proxies can't work and online communication grinds to a halt.

Renesys' network sensors showed that Egypt's four primary Internet providers  Link Egypt, Vodafone/Raya, Telecom Egypt, Etisalat Misr  and all went dark at 12:34 a.m. Those companies shuttle all Internet traffic into and out of Egypt, though many people get their service through additional local providers with different names.

Italy-based Seabone said no Internet traffic was going into or out of Egypt after 12:30 a.m. local time.

"There's no way around this with a proxy," Cowie said. "There is literally no route. It's as if the entire country disappeared. You can tell I'm still kind of stunned."

The technical act of turning off the Internet can be fairly straightforward. It likely requires only a simple change to the instructions for the companies' networking equipment.

Craig Labovitz, chief scientist for Arbor Networks, a Chelmsford, Massachusetts, security company, said that in countries such as Egypt  with a centralized government and a relatively small number of fiber-optic cables and other ways for the Internet to get piped in  the companies that own the technologies are typically under strict licenses from the government.

"It's probably a phone call that goes out to half a dozen folks who enter a line on a router configuration file and hit return," Labovitz said. "It's like programming your TiVo  you have things that are set up and you delete one. It's not high-level programming."

"Iran went through the same pattern," Labovitz said. "Initially there was some level of filtering, and as things deteriorated, the plug was pulled. It looks like Egypt might be following a similar pattern."

The ease with which Egypt cut itself also means the country can control where the outages are targeted, experts said. So its military facilities, for example, can stay online while the Internet vanishes for everybody else.

Experts said it was too early to tell which, if any, facilities still have connections in Egypt.

Cowie said his firm is investigating clues that a small number of small networks might still be available.

Meanwhile, a program Renesys uses that displays the percentage of each country that is connected to the Internet was showing a figure that he was still struggling to believe. Zero. 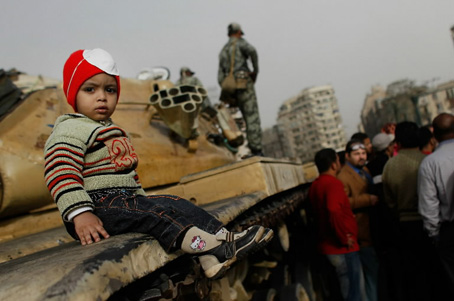 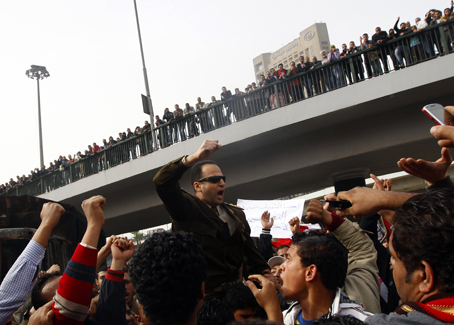 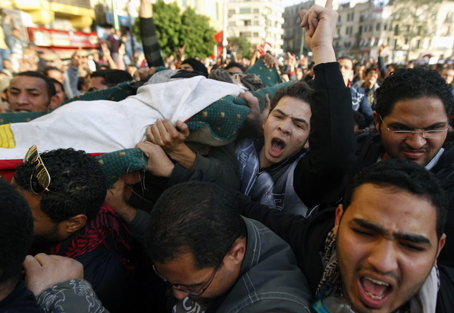 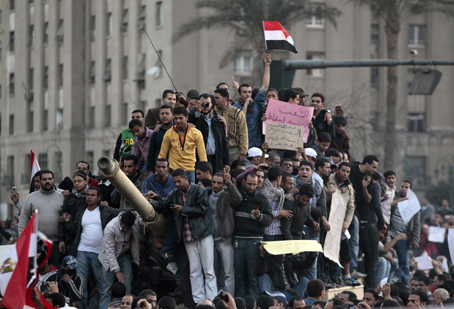 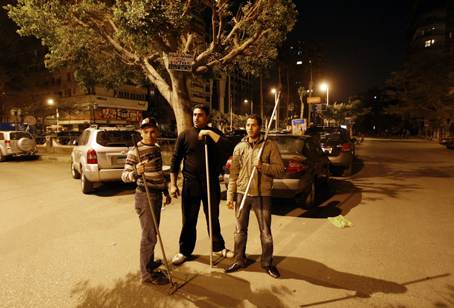 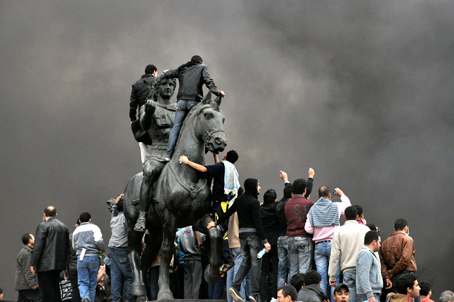 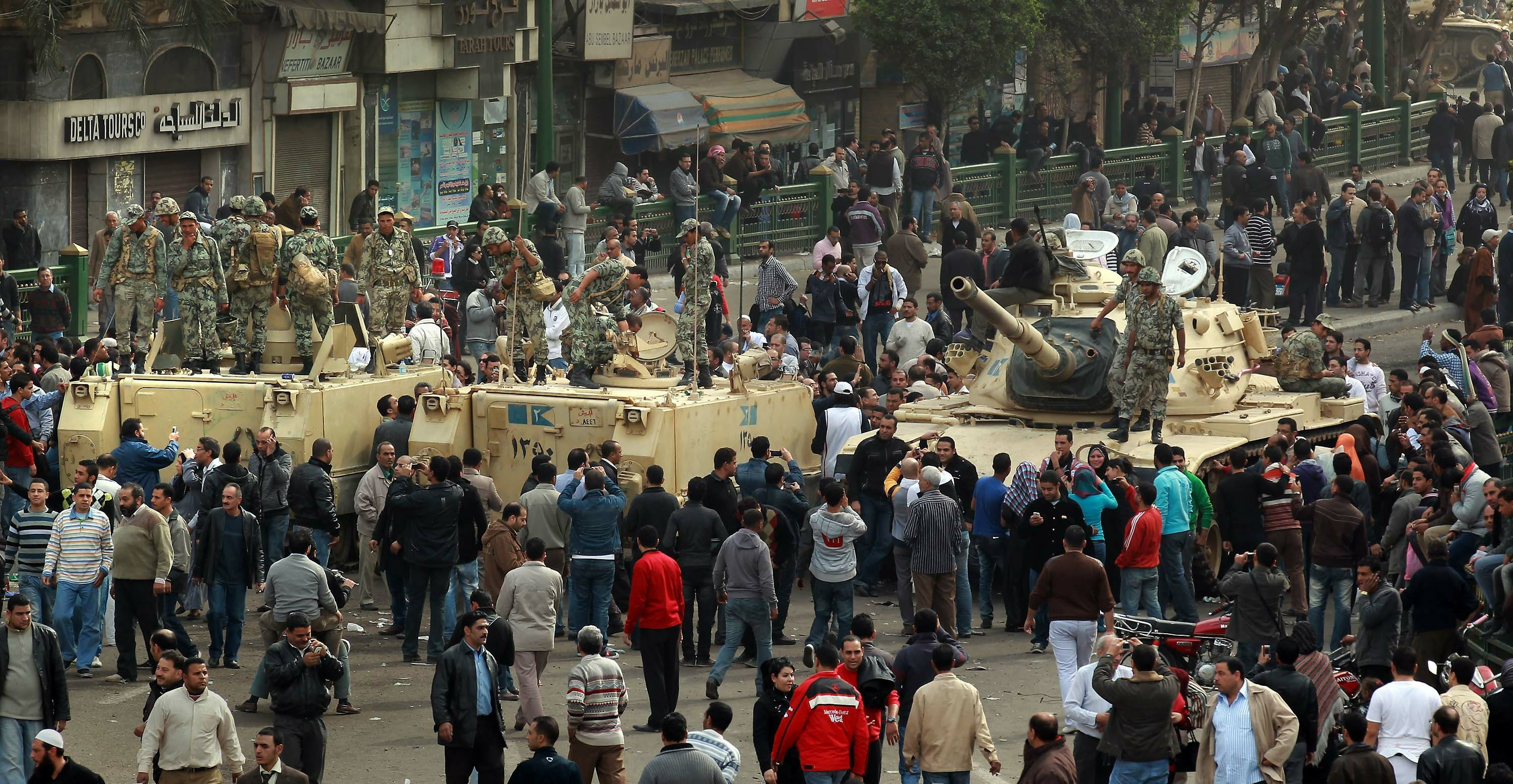 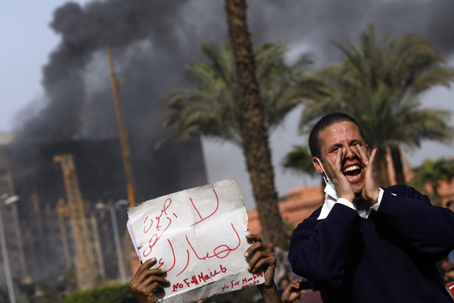 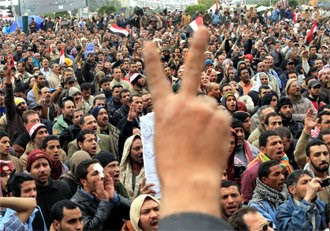 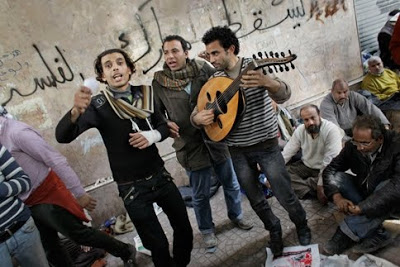 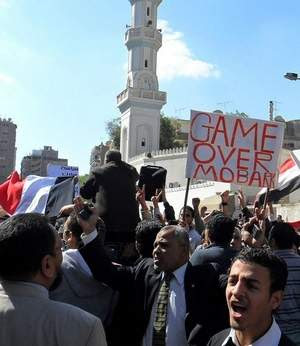 President Hosni Mubarak of Egypt turned over all power to the
military, and left the Egyptian capital for his resort home
in Sharm el-Sheik, Vice President Omar Suleiman announced on
state television on Friday.

The announcement, delivered during evening prayers in Cairo,
set off a frenzy of celebration, with protesters shouting
"Egypt is free!"

The Egyptian military issued a communiqué pledging to carry
out a variety of constitutional reforms in a statement
notable for its commanding tone. The military's statement
alluded to the delegation of power to Vice President Omar
Suleiman and it suggested that the military would supervise
implementation of the reforms.